I wanted to invite you in a little closer to what rounds look like for me every morning. These are some of my patients from the Pediatric Ward.

My first patient is James, a 6-month-old who was readmitted after becoming a lot sicker following an admission for pneumonia. He was admitted by our ER staff overnight and in the morning my LP showed that he had bacterial meningitis. Thankfully, the ER staff had started the right medication to treat this. He initially required two anti-seizure medications to control his seizures, but on this day, he has completed 10 days of treatment and looks like a new kid. 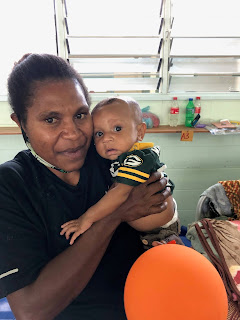 This is James a few days later in outpatient clinic showing off his fancy hat. 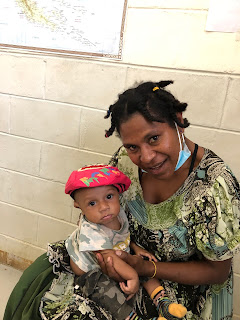 The next bed is a 5-year-old girl suffering from typhoid. Sometimes these children get very sick, and they are often very irritable and uncomfortable until the medication begins to help. Next to her is a 4-month-old with pneumonia who was very interested in me, despite needing oxygen to help him breathe. 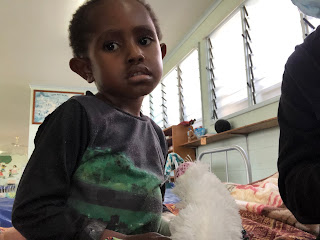 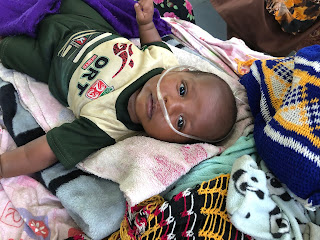 Moving across the aisle I have a set of twins, although only one of them is admitted. This baby got very sick after being born at home and had to be admitted for antibiotics and to help the baby feed. A few beds down from them is a 12yo girl who was admitted with a septic knee joint with the infection spreading to her femur. I had to make an incision in her leg down to the femur to help evacuate the puss to allow her leg to heal. While she was initially pretty shy, we’re now good friends and I go by to say hi in the afternoons sometimes. She’s starting to walk again and should be able to go home soon. 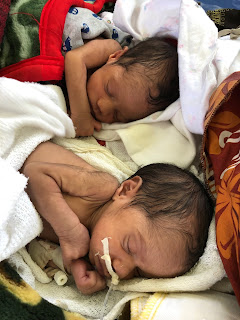 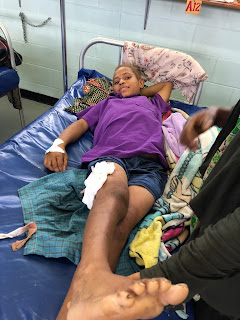 The next bed is a chunky 9-month-old named Eskimo who was also admitted for bacterial meningitis. Thankfully he responded quickly to the antibiotics and is well on his way to being better. The last patient is Tom. He was admitted for malnutrition. Over a couple of weeks, he gained over 1.5kg (3.3lbs). While he was initially irritable, he quickly became a very smiley and vivacious little guy. While I’m thankful for his improvement so that they can go back home, I’m going to miss seeing them in the mornings. It's been such an honor and blessing to me to be able to help care for these precious kids. 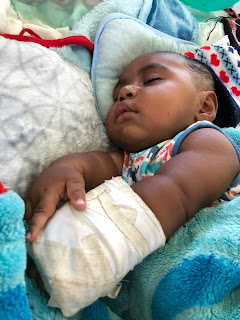 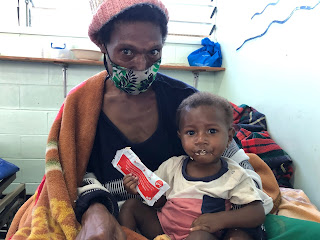 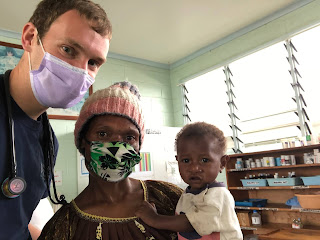 In a few other updates, this week I moved to Medical Ward to take care of our adult inpatients. I was able to get my Covid vaccine, the Astra-Zeneca vaccine, thanks to the COVAX program. Also, here are a few pictures of my new house. Yesterday there was a large party to thank all of the workers who helped build the new fourplex that my house is a part of. 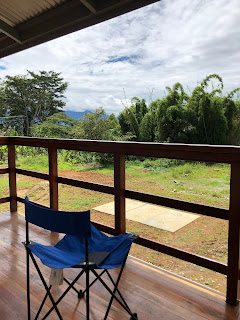 View from my back porch 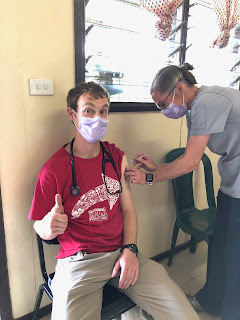 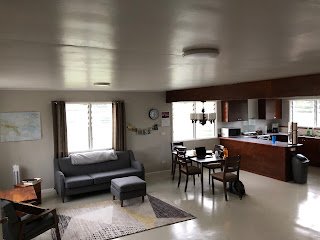 I also was able to go to a rural “bush” church with a few friends this last Sunday. It was a beautiful and refreshing experience to be able to worship and pray with this small community (even though it was an adventure getting there :) 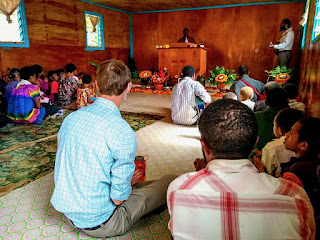 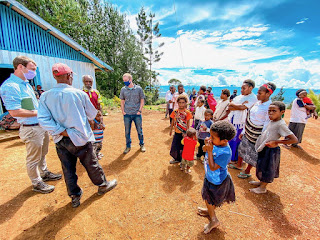 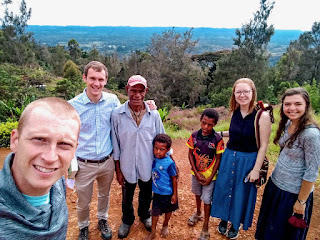 Some days are hard.   I stood watching the baby struggling for breath, still cyanotic hours after her birth. She had swallowed a large ... 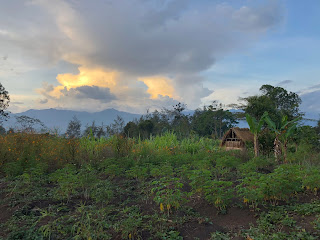